You have successfully deleted an item.
St. Clair College 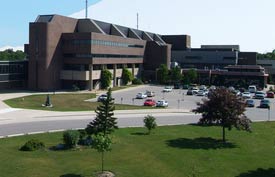 St. Clair College of Applied Arts and Technology is a College in the southwestern Ontario counties of Essex and Chatham-Kent. Its main administration and largest campus sites are in Windsor, Canada.

Today, St. Clair College is known as Canada's southernmost postsecondary education facility, where more than 20,000 people a year come to enhance their knowledge. The College is focused on graduating people with highly employable skills who are positioned to contribute to the growth and success of our economy, within our community, across the country and around the world. St. Clair College " Our Focus Is You.
Ontario Universities
Browse All